The Red Bull Crashed Ice tour had a stop in St Paul!  If you don’t know much about Crashed Ice, it’s basically a downhill race on hockey skates.  A massive 45 degree ramp was constructed near the Cathedral to plunge athletes into the frosty course fast and furious.  The course includes jumps, turns, and an occasional up/down hill, taxing the athletes’ muscles all the while. 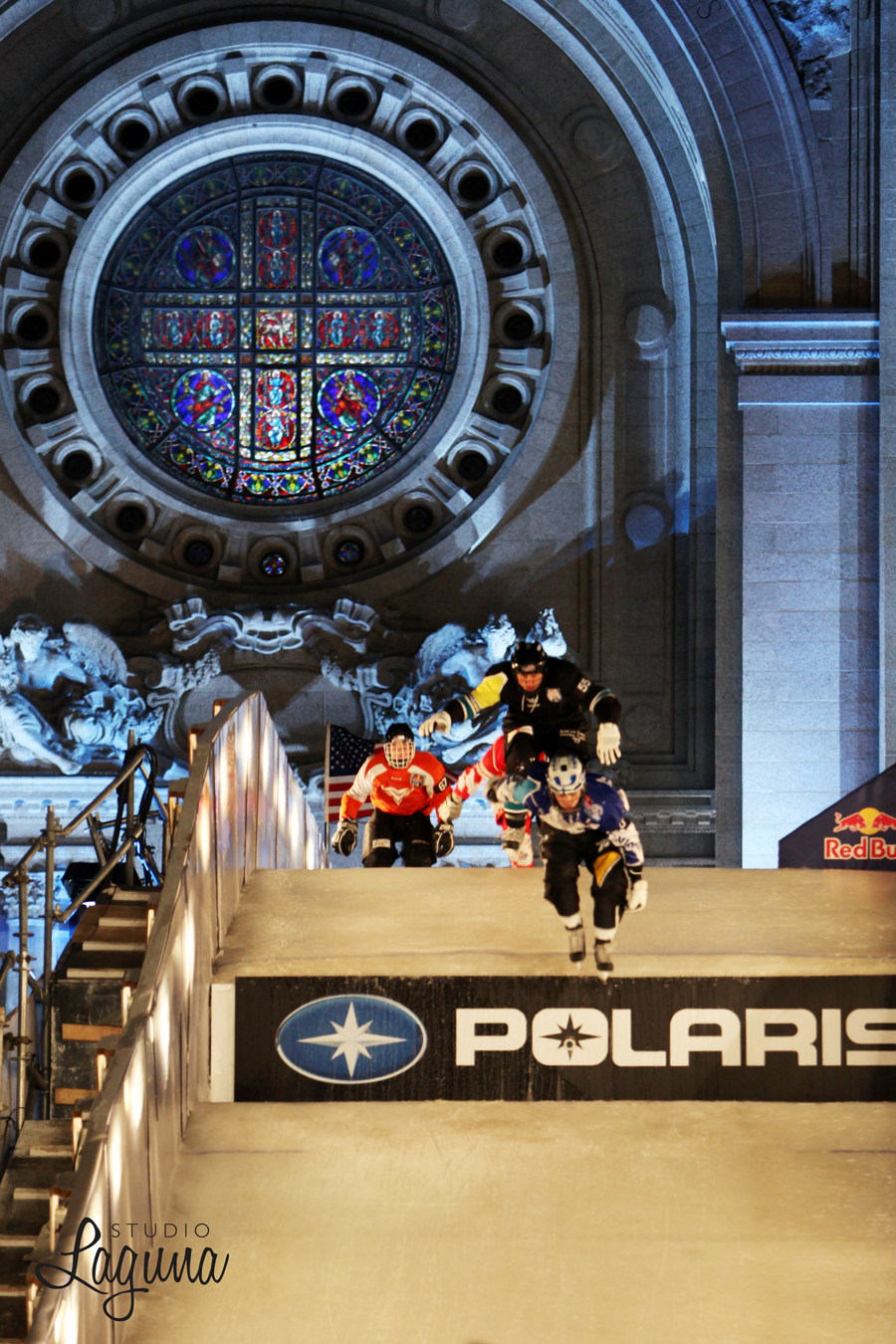 When Red Bull had a call for athletes a while back, I simply flashed back to the 5 or so hours I had spent in my life on skates and laughed at the thought of me sliding down the whole course in a great blooper reel.  These athletes know how to skate well and have trained hard for this series, coming from all over the world (except maybe the Sahara Desert). 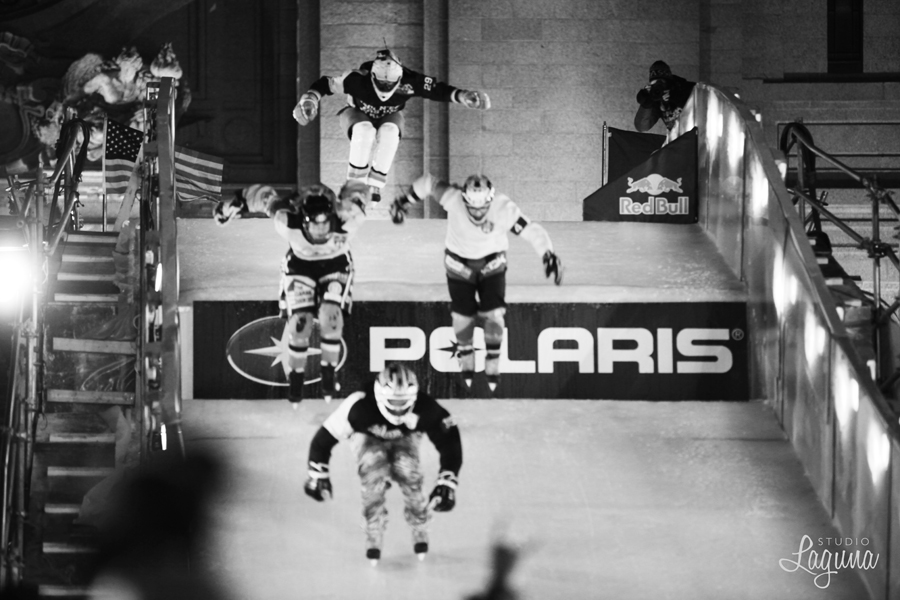 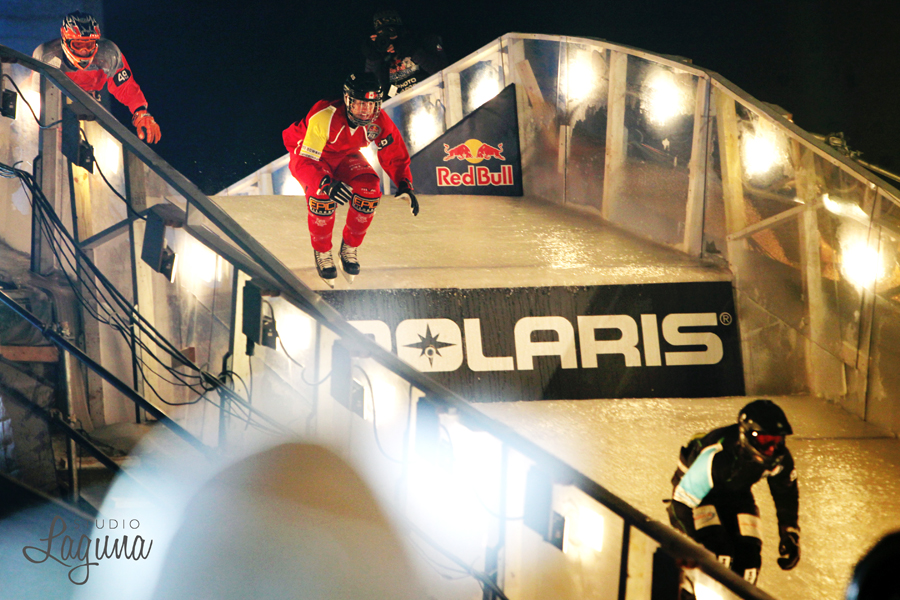 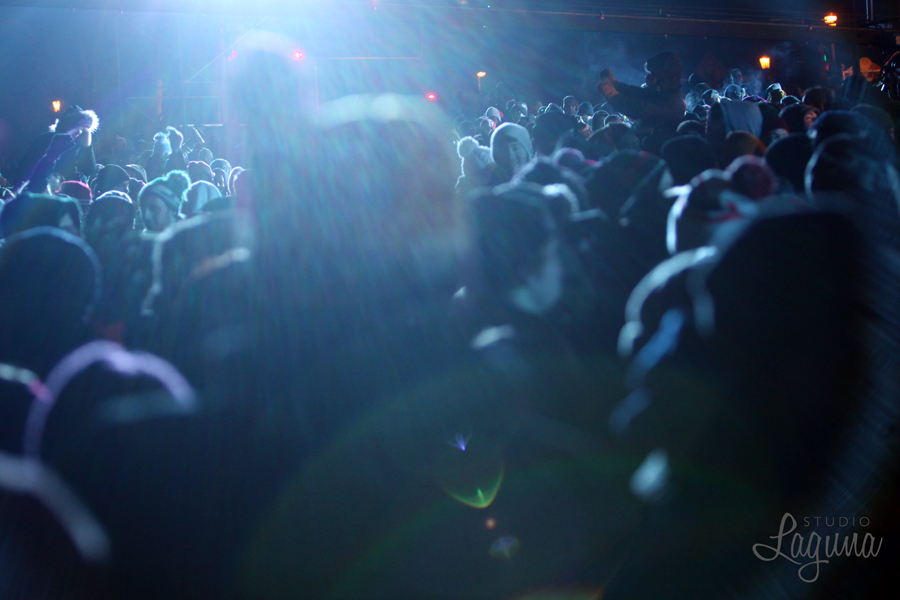 There were an estimated 100,000+ spectators there for the event, with many leaving early (those who didn’t dress warm enough) and many who arrived late (because they weren’t willing to pay $20 for a parking spot).  I used my parking prowess and vast knowledge of St Paul thanks to my cross country training years to find an awesome spot nearby for FREE!  Too bad there wasn’t a competition for that. 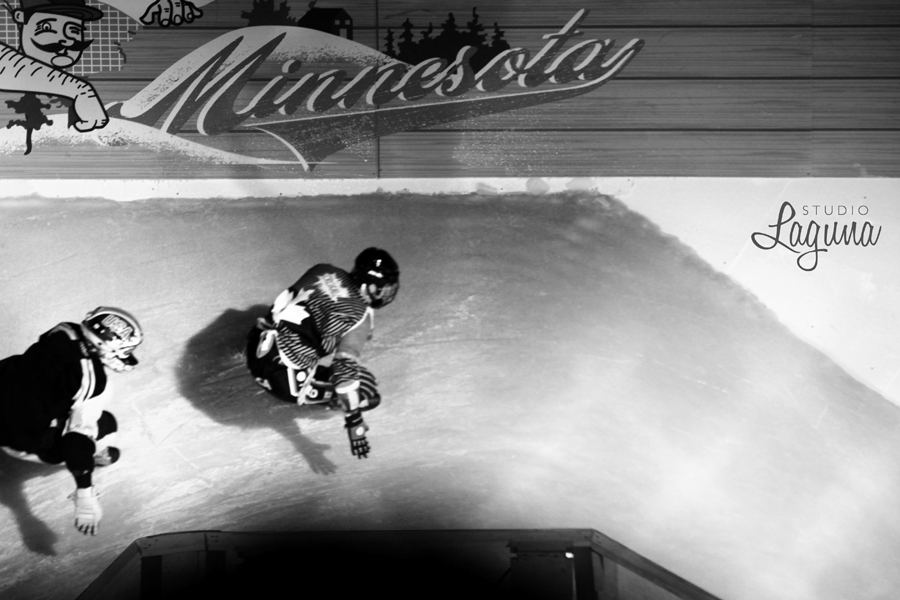 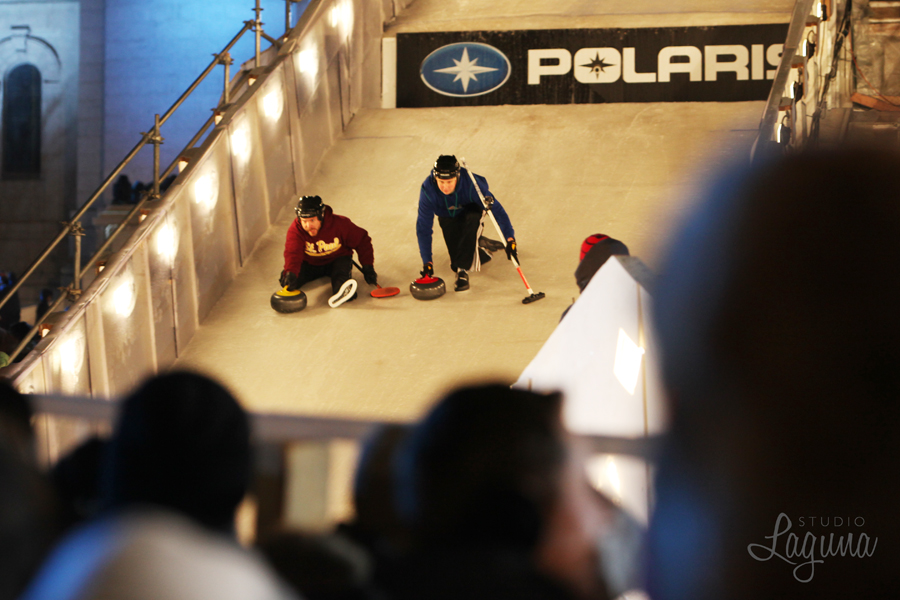 It was easy enough to find a great place to see athletes zip down the track……and if you wanted to catch everything, you could simply position yourself near one of the many jumbotrons.  Although there was much support for our USA athletes, only one made it to the finals.  The last race was a very close one, with the American in it the whole way until a fall near the end, leaving  Canada on top. 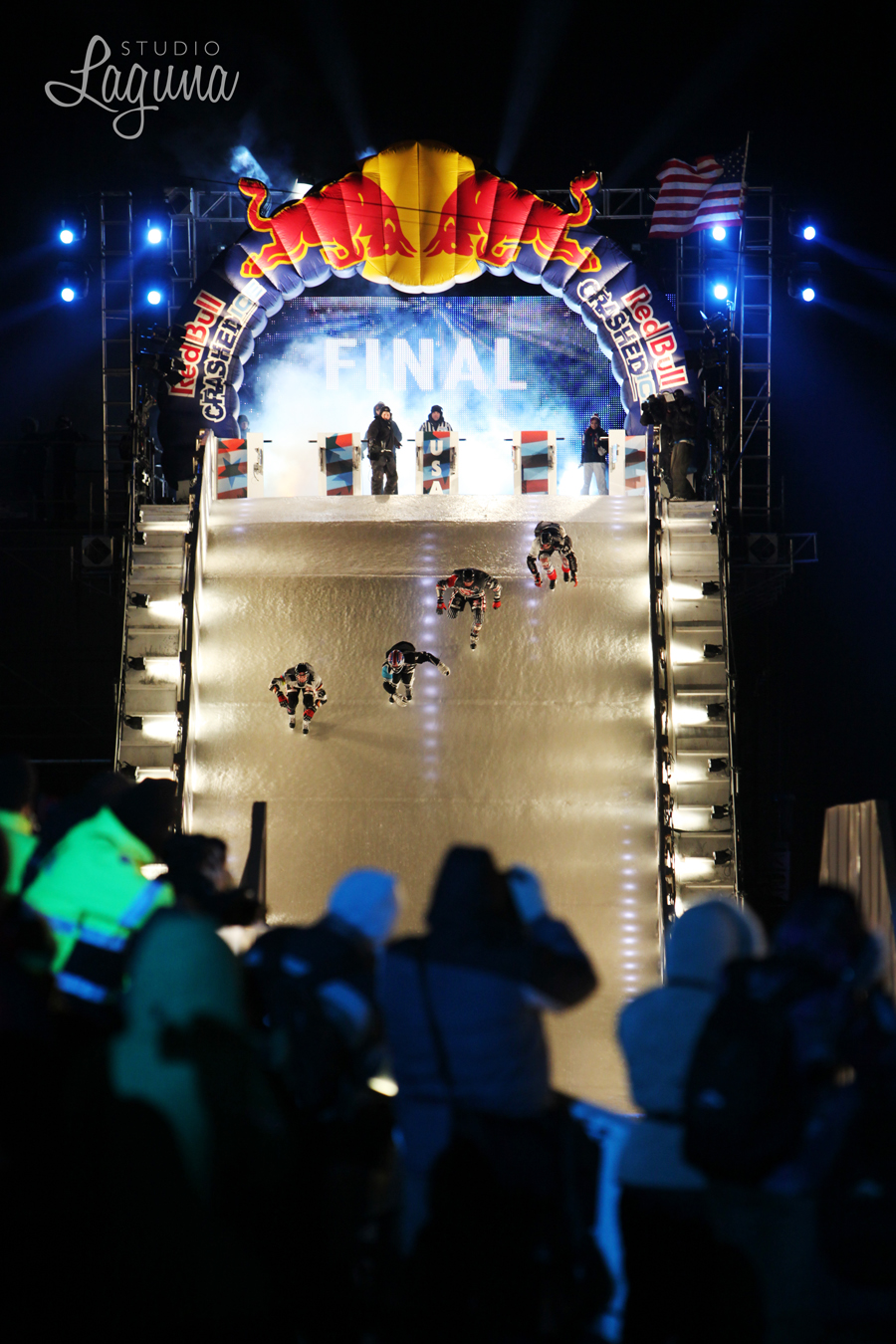 It was a fun and unusual event to photograph with my height giving me advantage over anyone nearby.  Thank you Red Bull for swinging through St. Paul for an awesome event!