Ryan and Kelsey were married today!

These two are a study of opposites.  One is quiet, reserved and feels cold in 70 degrees.  The other is boisterous, outgoing and wears shorts when it is 30 outside.  But it takes being with them only a few moments to know they are just right for each other.  They bring out the best in each other. 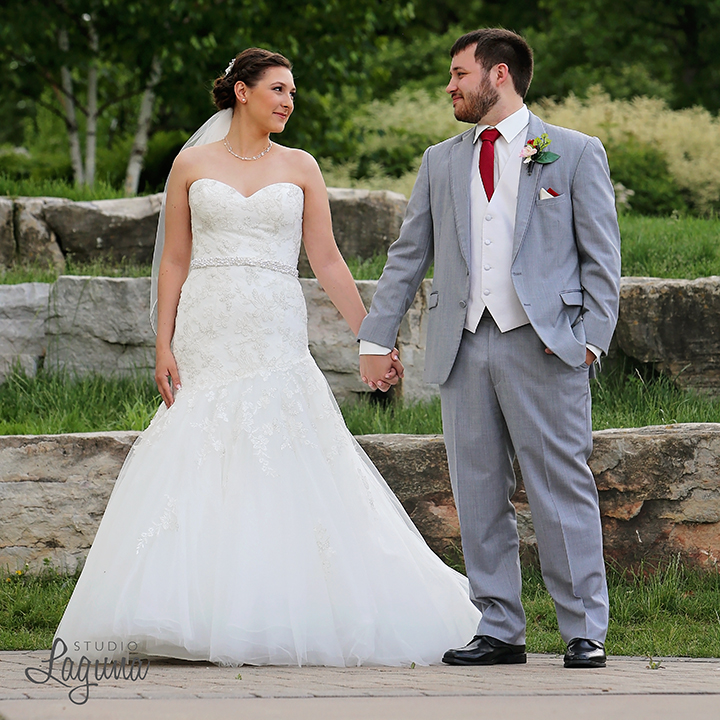 The ceremony and reception took place at the gorgeous Silverwood Park in St Anthony.  While nervously checking the radar to see when the next thunderstorm would roll through, we headed outside for portraits.  Minnesota threw all kinds of weather at us today, but man, the wedding party sure stayed fabulous the entire time! 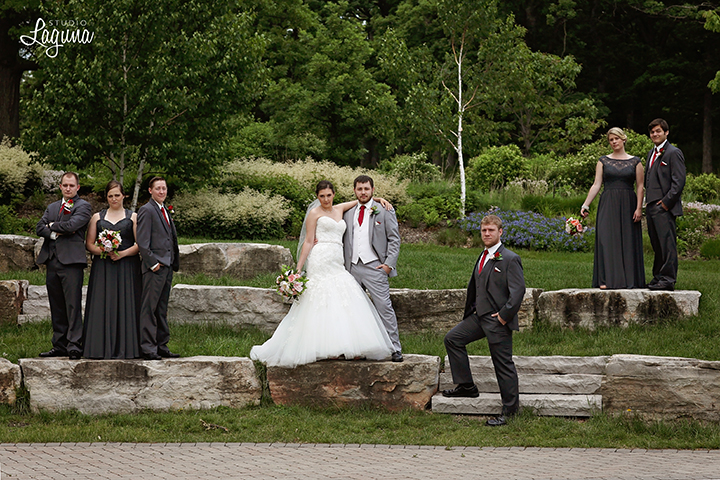 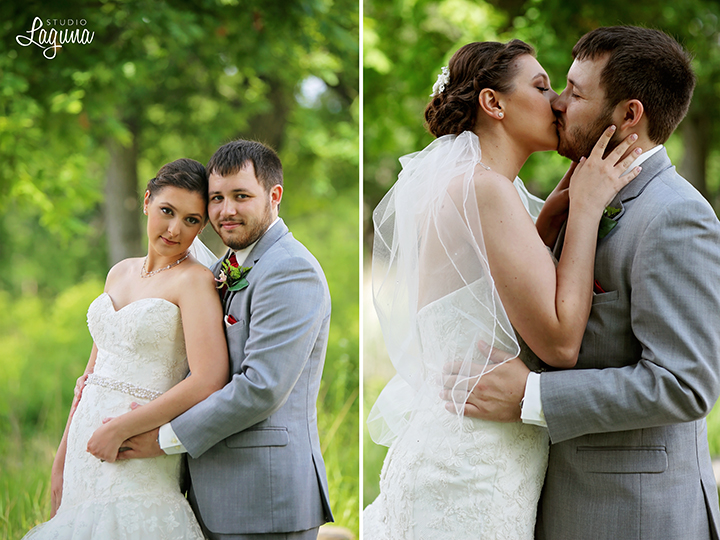 A unique and fabulous angle to this wedding was inspired by the venue choice.  Silverwood is passionate about preserving the environment and encourages recycling, composting and reusing as much as possible.  So Kelsey and Ryan made their day a green wedding.  Kelsey purchased her gown from Classy Consignments Bridal, the flowers were all silk so they could be reused, the couple used a tree that they will plant to symolize their unity, all the dinnerware was compostable or recyclable, and the whole day took place in one location to reduce emissions. Kelsey looked amazing!  We loved photographing her in the lush green of the park…. 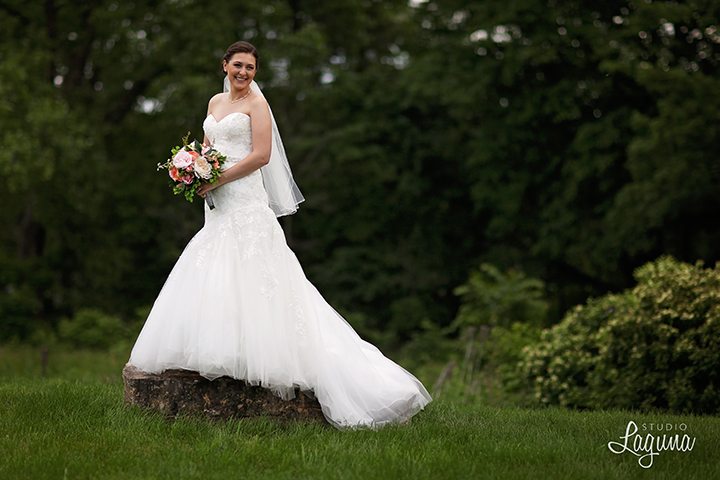 …and the guys had fun with the park’s artwork.  Goofballs. 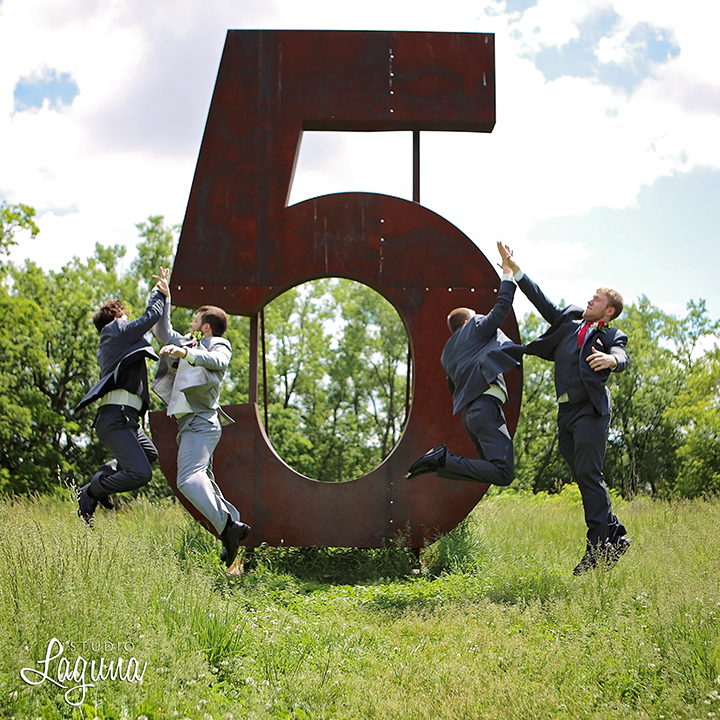 The ceremony was very sweet, and ruled by mother nature.  Halfway through the vows the wind picked up… Judge Armstrong started to speak at bit faster and the couple had to raise their voices to be heard.  And then the rain came!  Kelsey and Ryan were so awesome, they quickly finished the vows, put on the rings, said I do, gave a big ole kiss and then ran inside!  They will have such a great story to tell about this experience!   And of course as photographers, we loved every minute. 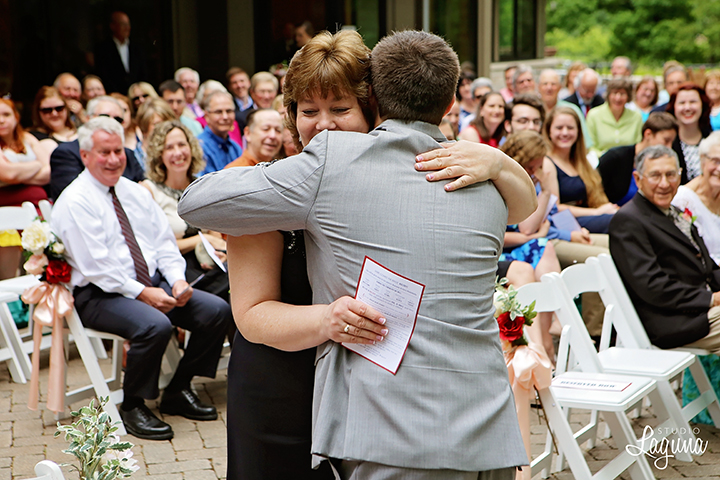 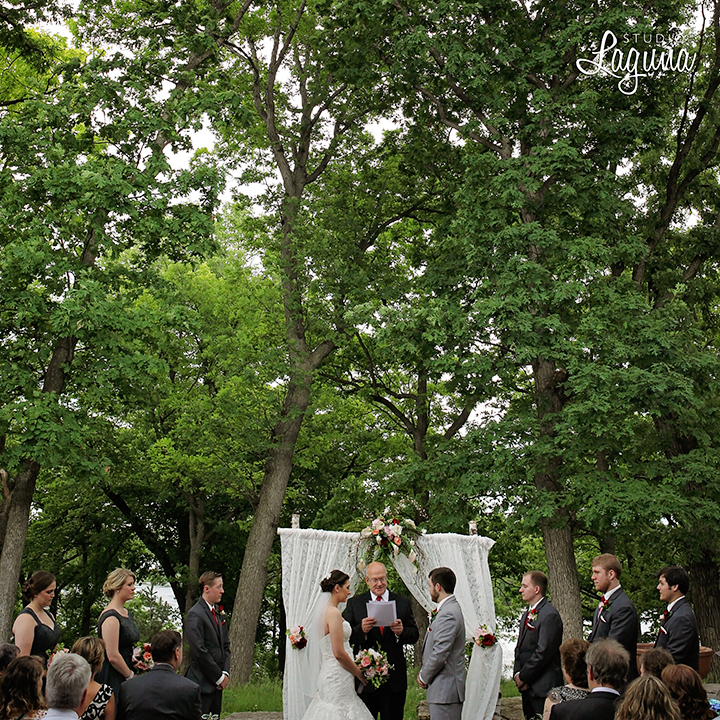 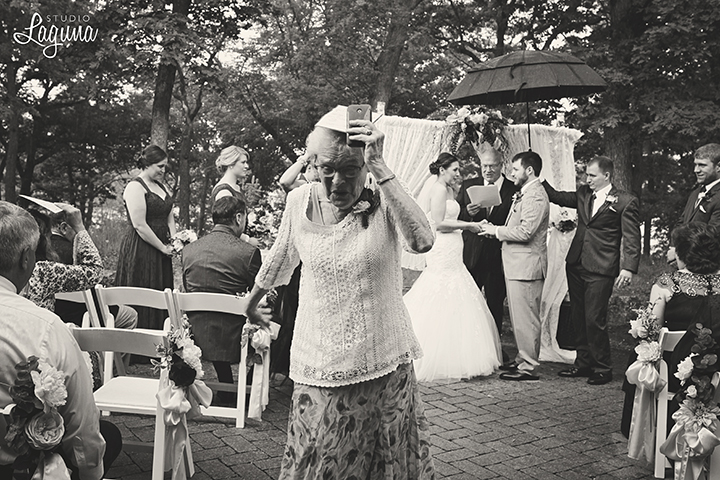 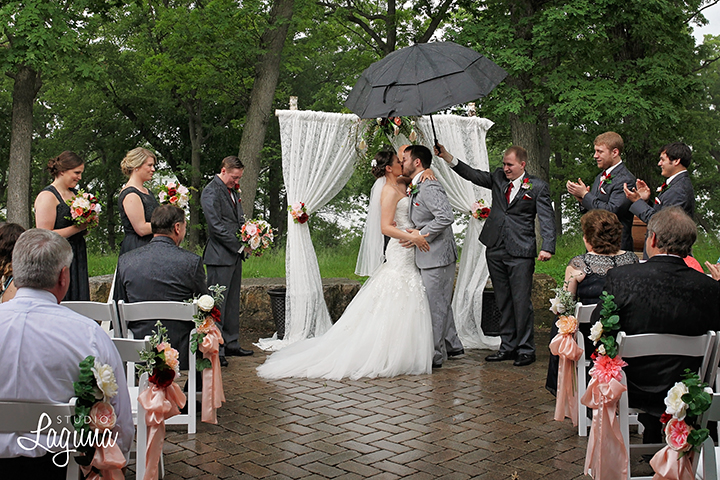 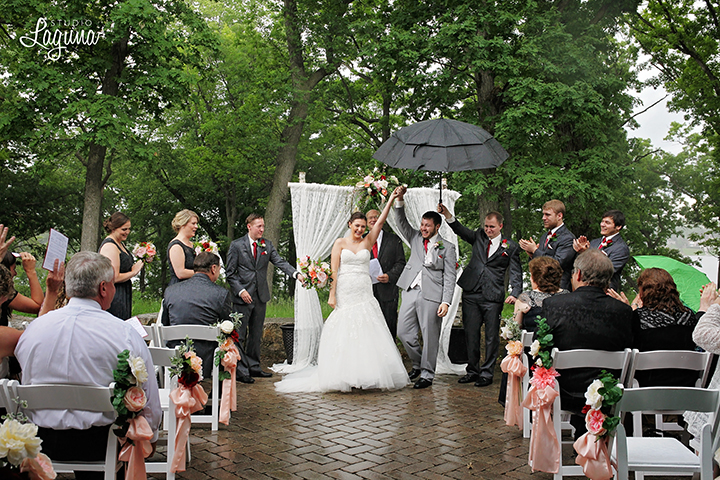 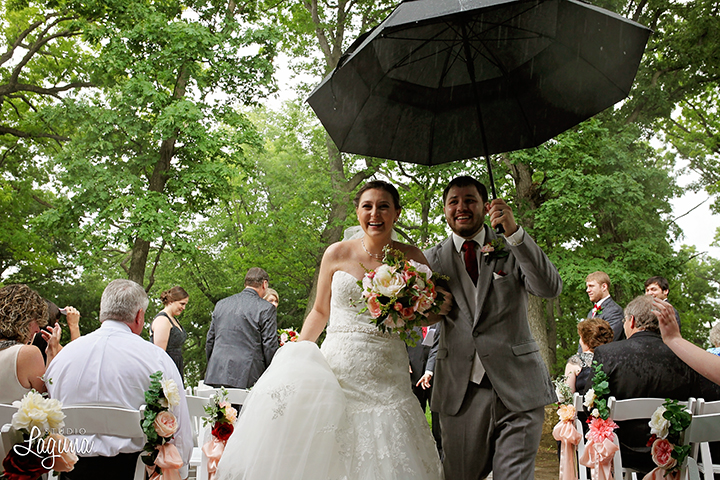 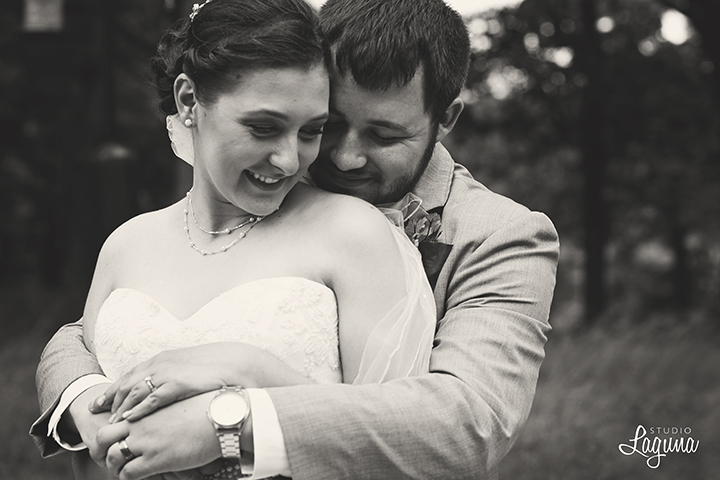 Once the guests had dried off and greeted the couple, it was time for the reception.  The space was beautifully decorated, and guests enjoyed the comfort food provided at dinner by Famous Daves.  After speeches and cake, Instant Request got the dance floor pumpin’ with a great mix of music.  There were quiet a few…lets just use the word “enthusiastic” dancers that had us in stitches.  These college and high school friends were a blast to watch. 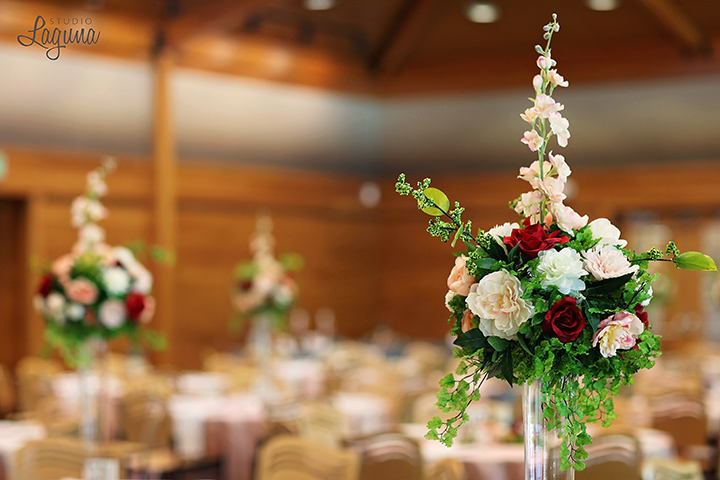 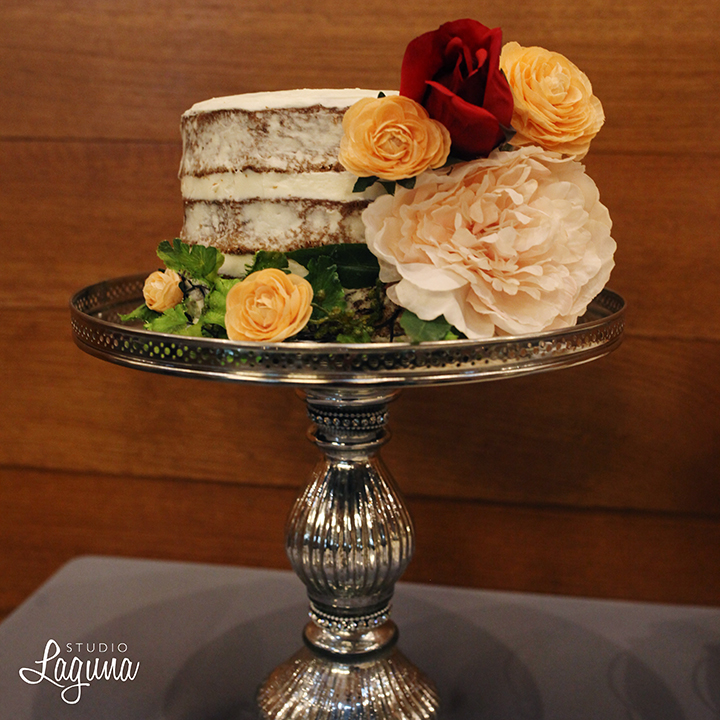 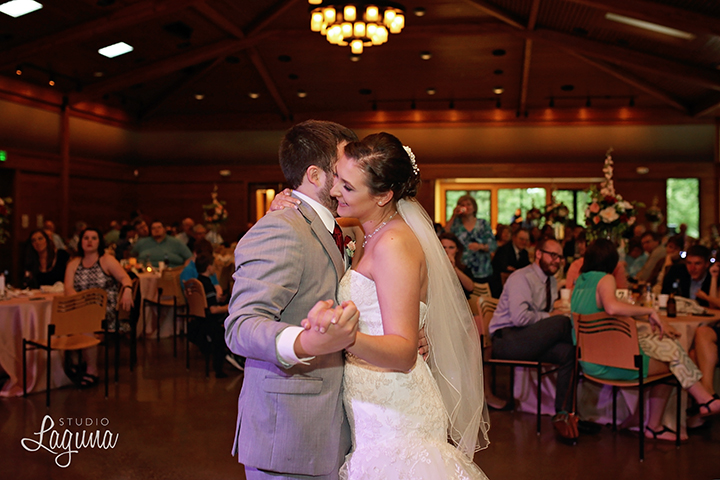 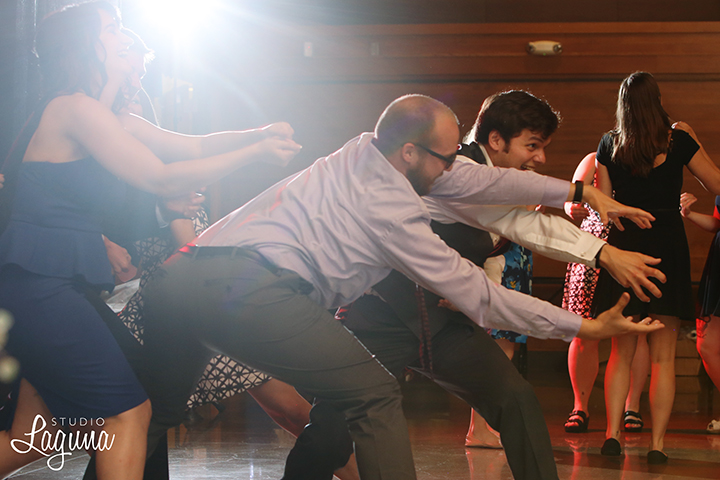 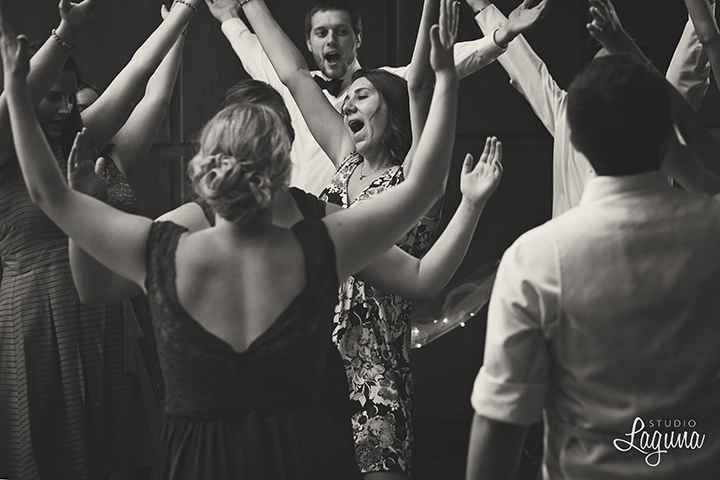 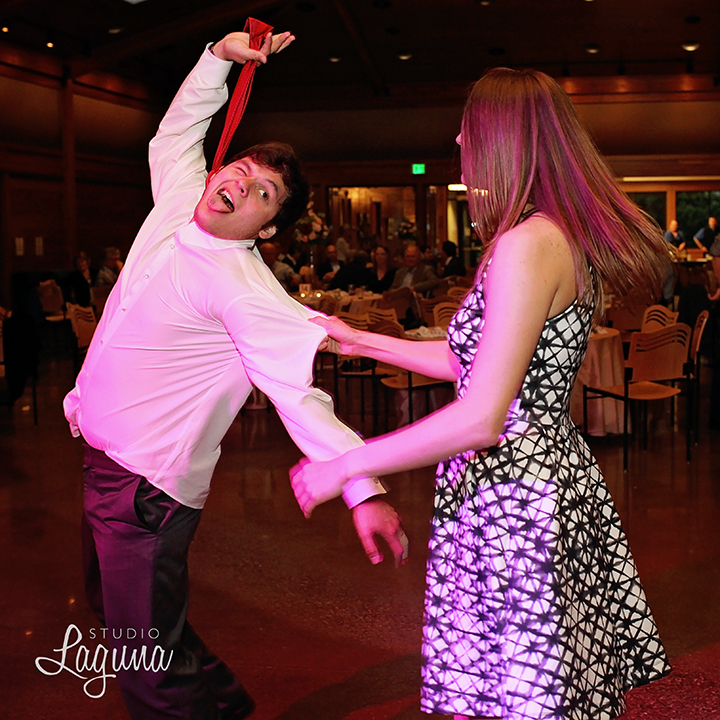 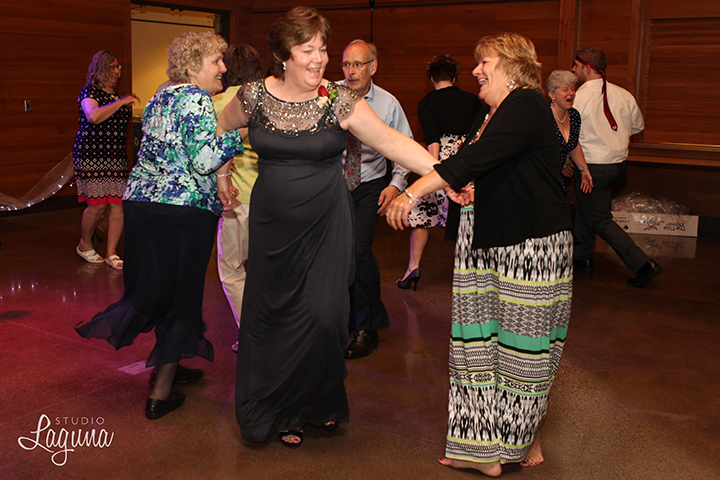 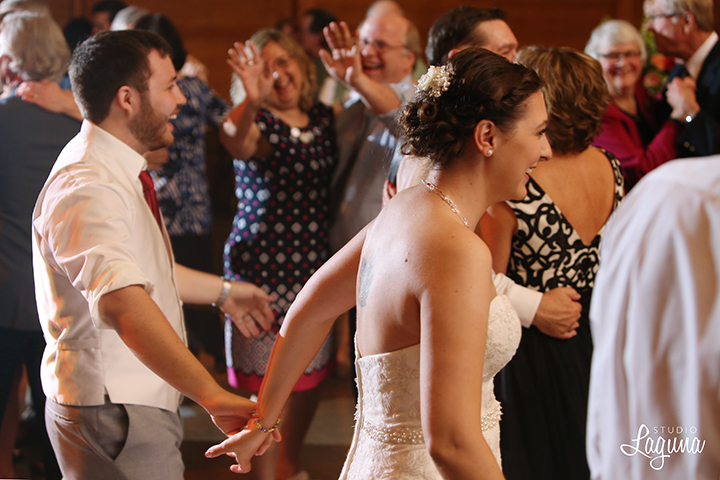 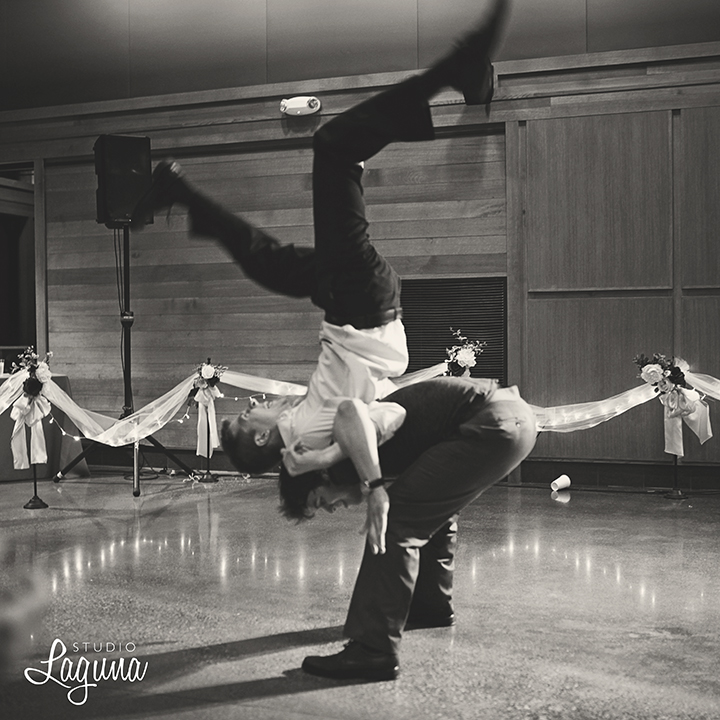 Ryan and Kelsey, thank you so much for having us be a part of your day!  Enjoy your sneak peek!!!

This weekend I photographed a wonderful family.  Gabe and Tyler sure have their hands full with this spirited bunch!  We discovered a lovely patch of forest that showed off the autumn leaves and let the siblings play.  Little T was shy until I was photographing one of her brothers, then she’d come right over and sit in their laps. 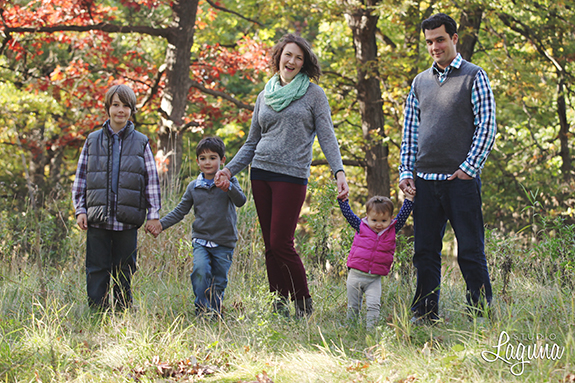 Could she be any cuter? 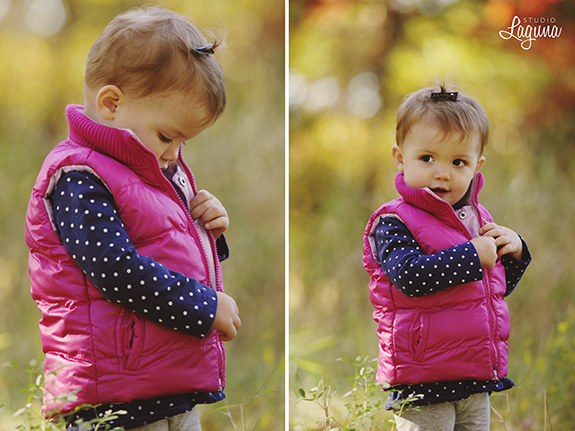 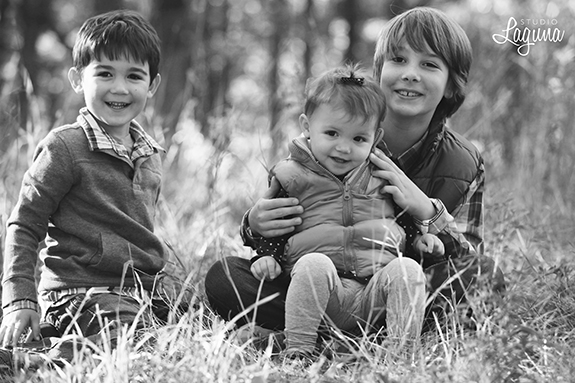 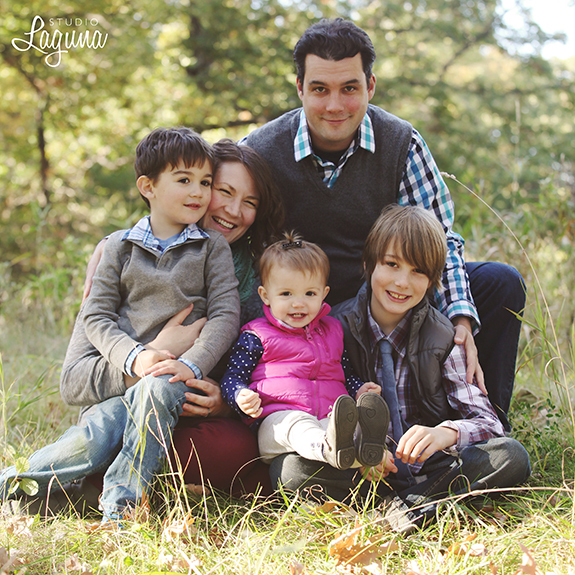 While the kids were running around, we managed to get a few of Tyler and Gabe on their own. 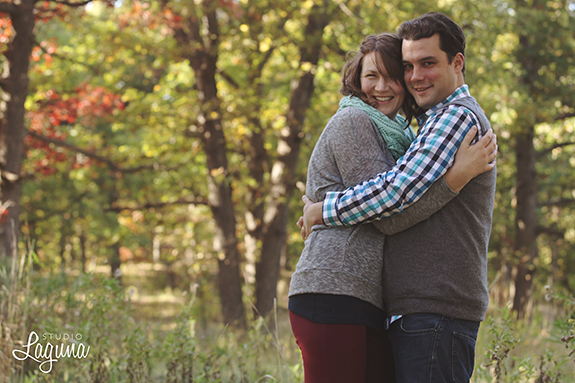 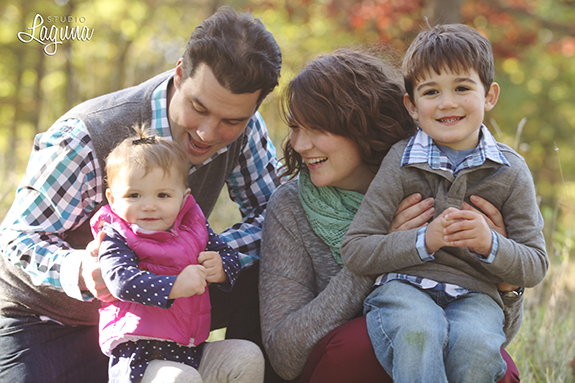 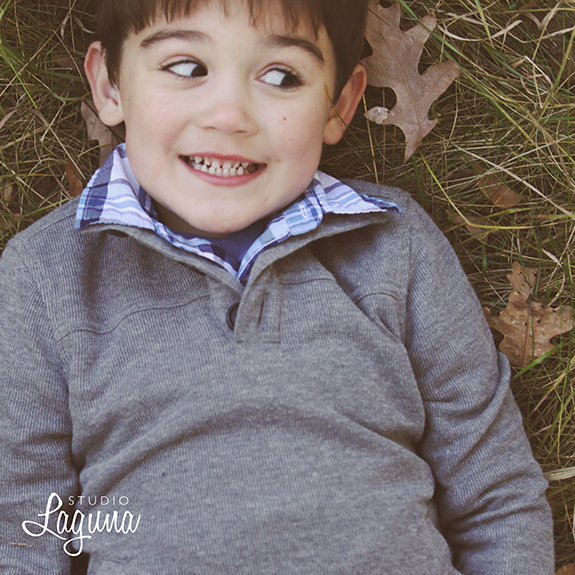 A gorgeous sunset through fall leaves makes such lovely images, that and a bribe for ice cream afterwards! 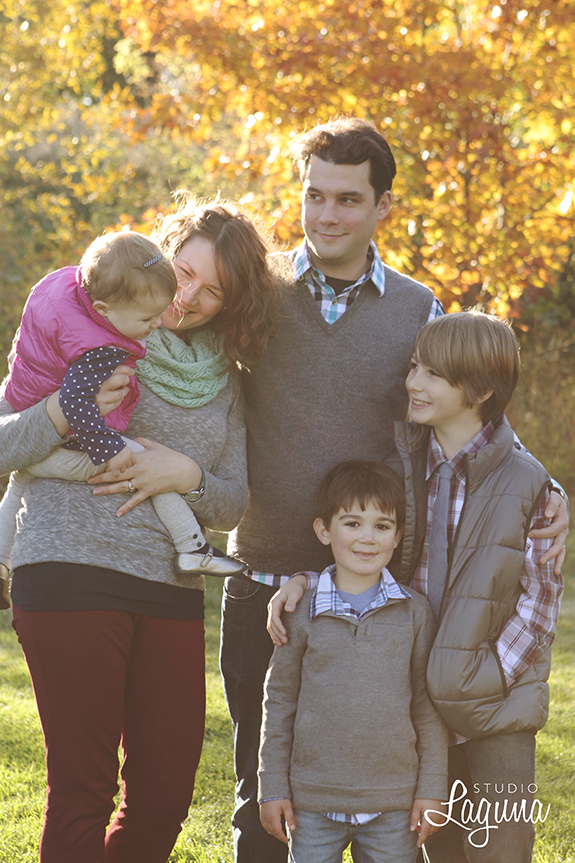 Tyler and Gabe, thank you so much for spending your afternoon with me.  Enjoy your sneak peek!  (sorry I got the kids riled up before bedtime!)

Colin and Ellen were married today!

Ellen and Colin are such a fabulous couple.  They love the outdoors and the more adventure the better…so it really wasn’t surprising that they were excited when the snow started falling.  The bride wished for snow on her wedding day, and snow she got!

Ellen was simply stunning in her blue and white wedding gown.  Her mother made the dress, basing the design off of an Oscar de le Renta pattern and incorporating detailed lace and luxurious fabrics.  The bridesmaids also had hand-made dresses in varying shades of blues and neutrals.  They carried bouquets of thistle, delphinium, greens and Ellen’s favorite…ferns.  The guys looked dashing in suits from Heimies Haberdashery with bow ties that matched their bridesmaid’s dress.  The boutonnieres had a personal touch with a couple coffee beans lining the stems to give a nod to how Ellen and Colin met…at a Dunn Brothers.

We started off with a sweet first sight and pictures at Silverwood Park.  The couple’s well worn canoe was at the reception site to hold wedding gifts, so we utilized said canoe in some portraits.  The wedding party was prepared for winter weather, wearing boots, long johns and furs, and they were troopers as we ran around in the snow taking pictures.  We visited the Walker to get some indoor shots, and as we went out to the cars, an impromptu snow ball fight started.

Guests braved the icy roads and snow to arrive at Immanuel Lutheran just in time for the ceremony.  Ellen walked down the aisle to dramatic organ music and incorporated lovely music throughout the ceremony.  Sweet words were read and blessings were given and Colin and Ellen could not stop smiling at each other.  In the car afterwards, they kept looking at each other and saying, “we’re married!”  “hey!  you’re my wife!”…and the happiness kept us going, even when a groomsman’s car got stuck on a hill and we trudged through the snow to get a few last shots before the sun disappeared.

At the reception, Colin’s Norwegian heritage was celebrated fully.  Evergreens, ferns, birch and moss adorned tables washed in candlelight.  Skol! was cheered after each speech and was sung to get the couple to kiss (I believe Colin was even referred to as a Viking warrior at one point).  After a dinner served by Mintahoe, Kransekake was served for the guests and they were treated to an amazing coffee bar with custom lattes by Dogwood Coffee (an extra bonus, the reception hall smelled fabulous all night!).  Two of Colin’s groomsmen spent months brewing beer and had cases of many varieties for guests to enjoy.  Cigars came out later in the evening and were smoked by the outdoor fire as the snow tapered off, and the dance floor was hoping thanks to Lance from Humans Win!, DJ extraordinaire.  Lance did a great job mixing the wide range of tunes these music lovers wanted at their dance.  Playing in the snow continued as well, with the groomsmen pushing the bride and groom down a hill in the canoe!  What a fun group =)

Ellen and Colin, it was truly an honor being a part of your day.  Here are some of our favorite images, enjoy!

Scott and Elizabeth were married in California, and had their Minnesota reception tonight!

I was very honored to be asked to photograph Scott and Elizabeth…especially since they gave me 2 full hours and even an outfit change!  I almost didn’t know what to do with the luxury of time, but Scott sure did =)  Scott works in film, and had a great eye for light and color.  We ran all over Silverwood Park, photographing the gorgeous colors of the trees and sky.  Liz had a favorite oak she wanted featured in an image (Liz, I did the “prettyizer” to that image!) and she and Scott wanted playful, romantic, relaxed images.  On top of being a very good looking couple, they could also go into “model mode” and we had such a blast goofing around with the camera…and got some super cool images.

Liz and Scott, thank you again for letting me photograph the two of you.  Your relationship is fantastic and I truly enjoyed capturing the lovely moments between you two.  Here are my favorites, enjoy!