Sofia had her senior portrait session this week.  We had the most glorious evening to work with, strolling along the St Croix river at sunset was simply heaven.  We started off at one of my favorite locations and the sun was simply golden and lovely to work with. 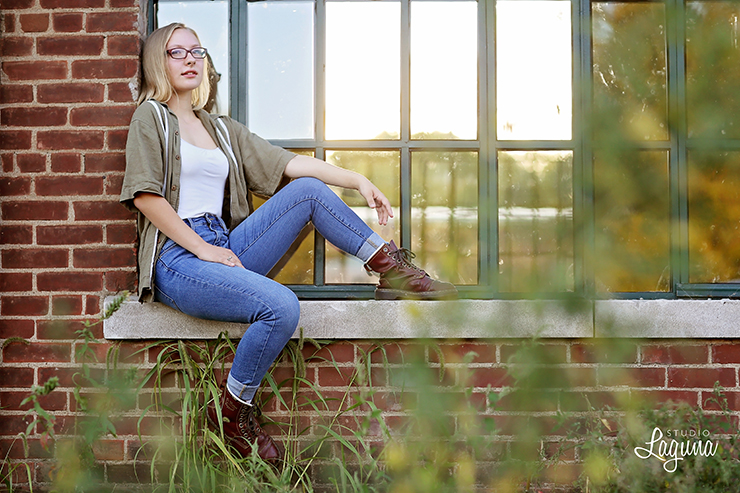 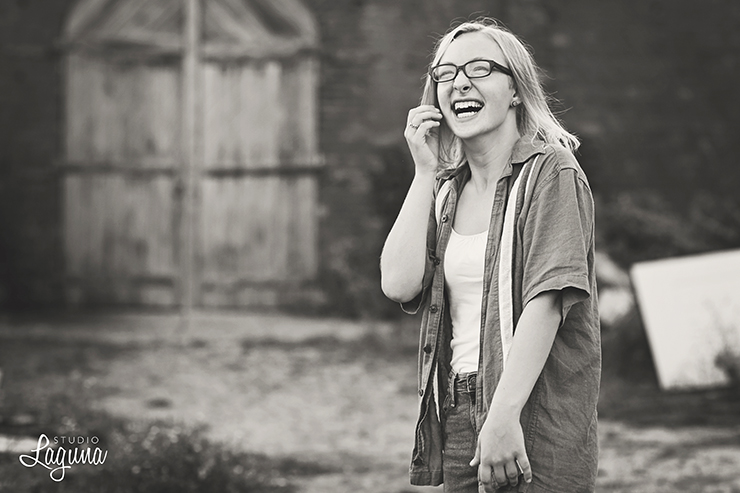 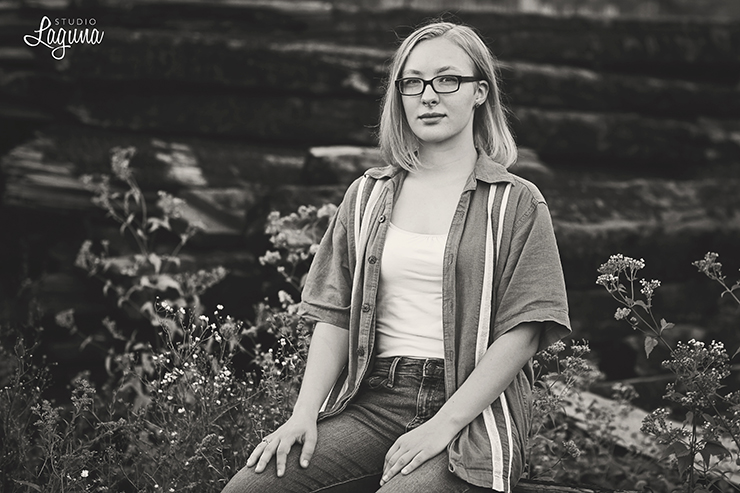 I love having clients who will climb into a pile of old railroad ties or traipse through waist high wild flowers if asked! 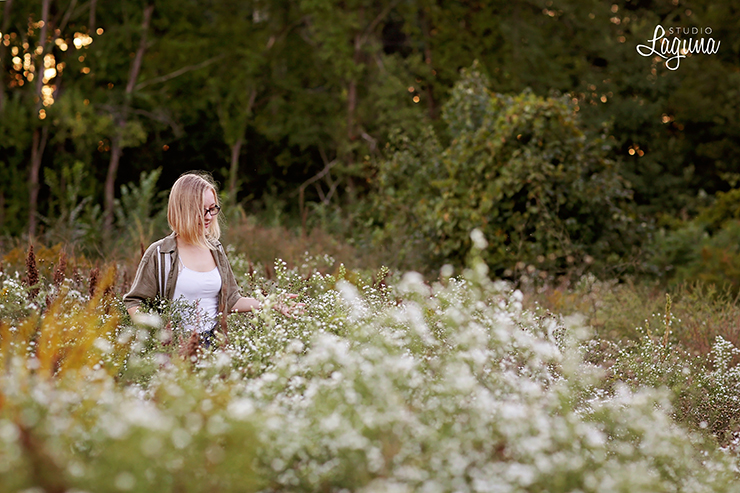 Down by the river we took a stroll, played in the water and capped the night off with a gorgeous view of the sunset. 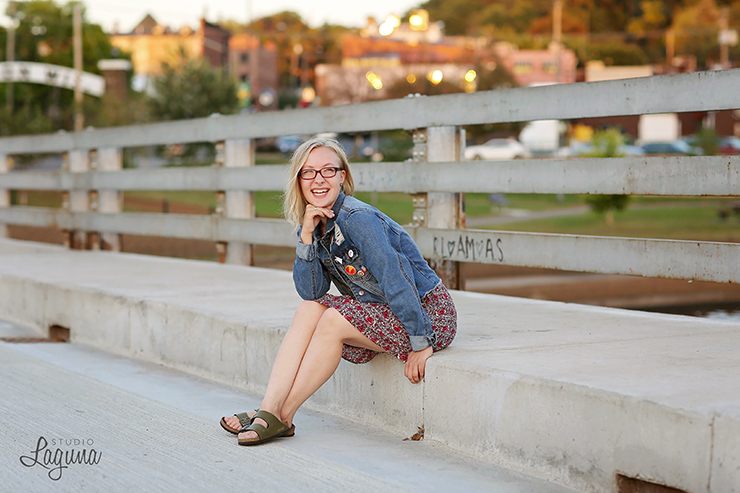 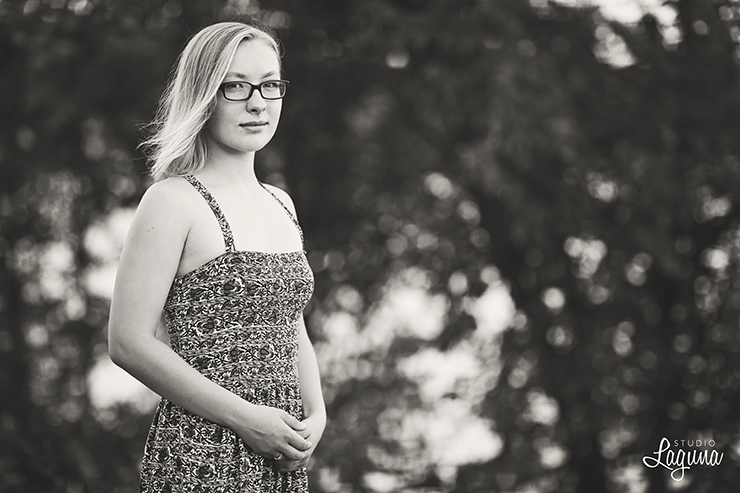 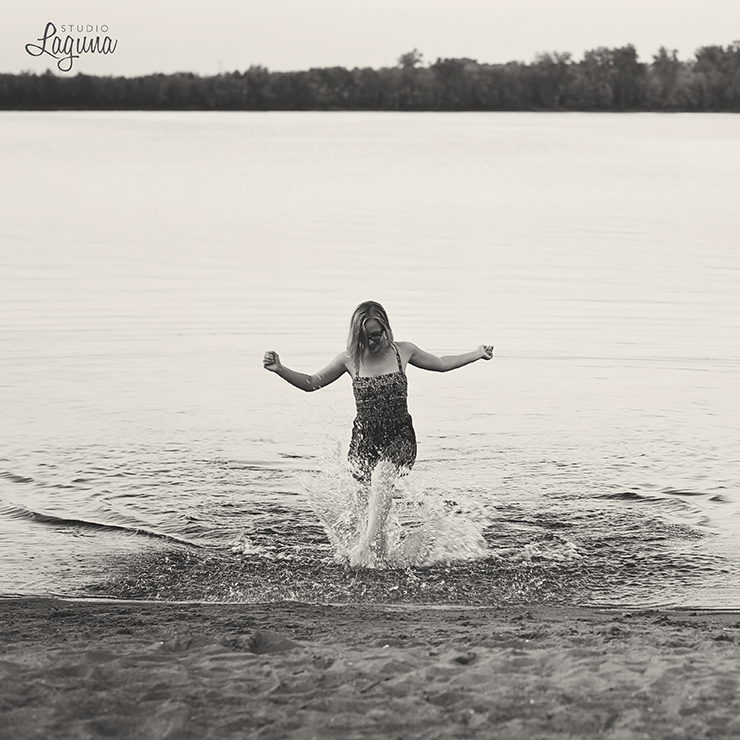 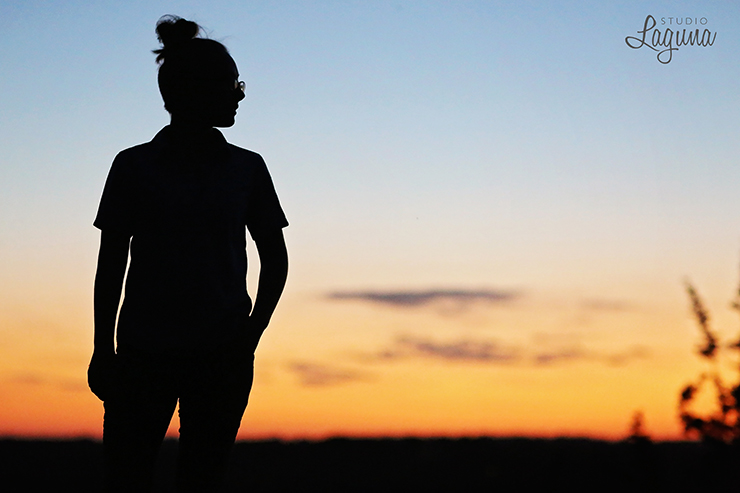 Sofia, you are such a delight, and I hope you love your portraits!

Today, Kacie and Jim had their engagement session.

These high school sweethearts have been dating for 12 years and are tying the knot in just two weeks in Duluth.  I simply love Duluth, the beautiful scenery, laid back lifestyle, and cooler weather.  Today, however, the weather decided to show us what she was made of.  Earlier in the day it was simply gorgeous, but too bright for pictures, so we waited for the late afternoon.  We started out on a train bridge near the couple’s house and Kacie impressed us all with how she walked the rails in her heels.  We were also accompanied by Sierra, the four month old puppy, who was able to stay still long enough to pose for a couple pictures.

We noticed the sky was getting really overcast and hurried down to Park Point for more pictures, but within a half hour the entire city was engulfed in dense fog…you couldn’t even see the end of the pier!  And, of course, since the fog was so bad, it took ships twice as long to go under the lift bridge, which I got stuck on the wrong way of TWICE!  Then the misting rain started =)  Throughout it all, Kacie and Jim were upbeat, and ready for anything…including running down to the bridge while we were stuck in traffic for an impromptu picture in the fog.  Now THAT is how to make the most of whatever nature throws your way.  Fabulous!

Here are my favorites, enjoy!